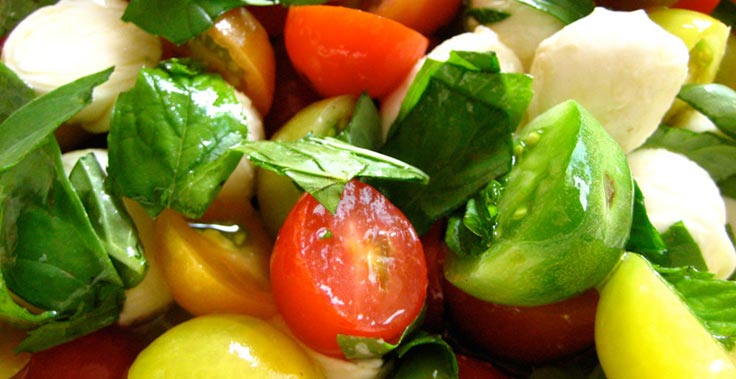 Now… just what is this “post industrial agriculture” nonsense?
I don’t even have a voice in my mind that uttered that previous question. Sometimes writing these Tales of Idyllia I hear an English voice, a nasally voice, etc., but I hear none in my own mind at the moment. Nonetheless, in this introduction, I hope to relay what “post industrial agriculture” may someday come to be… if we should be so lucky… (Oh, and I don’t “believe” in luck, by the way.)

Today’s news relayed how a two mile wide tornado ripped through Oklahoma. We, that is, if you are a member of the United States collective, oops, society, and care for the other members of the country aforementioned, have been “afflicted” by MANY “super-sized” storms of late. Whether it was last year with Super Storm Sandy or way back when with Hurricane Katrina or the two mile wide tornado mentioned above, the weather extremes have indeed graduated to a level that is quite… EXTREME. And this has nothing to do with the focus of this entry! Well… maybe a little… Okay, actually it has a lot to do with this entry, but one must put on one’s wide vision glasses to understand what is actually involved. The scope of those glasses must be fine tuned to clearly see our current malaise, as well as the history, in all its aspects, on how…”we”… arrived in our current situation.

How to relay this will not be easy. That is my first thought, as I think about how needlessly fast paced our “society” currently is, which requires “fast food” to be available at any given moment on any given street corner. But here I feel that I am preaching. Enough said. The point is, it has not always been this way. So I will continue in a vein that will require some thought… that actually reveals, to a degree, that it has always been this way… Egads but I am writing in riddles!

To start, I agree with the devil. More succinctly, I agree with Mephistopheles… Even more succinctly, I agree with Johann Wolfgang von Goethe’s depiction of Mephistopheles in his classic work of literature, Faust, (as translated by Peter Salm in my Bantam book edition of 1988, but I digress.) In reference to humans, Mephistopheles states, “He would have had an easier time of it had you…” (I guess I should have mentioned that Mephistopheles was talking to the Lord…) “not let him glimpse celestial light; he calls it reason and he only uses it to be more bestial than the beasts.” I love reading historical analysis’ on the human character that reveals the ultimate stupidity the species undertakes… endlessly. Unfortunately, the current stupidity of the species has led ALL species on the planet to the brink… (And by the way, Faust Part I was written is 1808.)

I read recently that the first supermarket was started in 1946. This was not the beginning of industrialized agriculture, but the first nail in the coffin for “real” food. (And that coffin has not been buried… yet.) But just what am I saying with all this? Human beastiality… well, for the most part, it reached its zenith, at least for the food chain, in industrialized agriculture. To be sure, I quoted from Goethe above, merely to relay that the warning signs of the climate/agricultural/societal catastrophe before us has been well documented in the past. Over two hundred years ago, Goethe relayed the imbecilic patterns of human activity, which is easily matched to our current day. But I have digressed too greatly! Nonetheless, that circle continues…
Once the entirety of the nation currently known as the United States of America had removed/destroyed/etc. the surface of their portion of North America of every foe, even the buffalo, which were not really foe…

Anyway, the government looked upon the terrain, the vast, mighty and incredibly diverse terrain of the United States of America… and decided that certain regions were the ideal area to grow certain crops. Idaho would be perfect for potatoes, for example… And I have to stop here. Idaho is NOT perfect for potatoes. The season is too short for those tubers to grow to full size and maintain their flavor, aka. Health value. It was a simplistic analysis that at the time, late 19th/early 20th century, was deemed quite scientific.

And time passed. Less and less analysis was spent on how crops can thrive in almost any environment. No, more and more thought was put on how to grow as much as possible with as little effort as possible. Instead of farmer’s raising cattle, growing their own grain for those cattle and also growing tomatoes, etc… It led to a situation that became…industrialized.
A couple of hundred years ago, one did not have to concern oneself over the term “Made in China”. The tools of any trade were created, manufactured, etc. in each town by a craftsman of learned skill. The tools were quality, and many still exist as “antiques” that are most assuredly still useable to this day. When I was younger, we used to see “Made in Japan”, then it switched to “Made in Taiwan”, and now it is “Made in China”. Also, when I was young, there was a memorable clamor to “buy American”, which faded once the 80s… well, I’ll stop there… ugh.

The same sort of situation arose around agriculture. Fresh, local vegetables became a rarity, and corn was soon grown ubiquitously. The healthy aspects of food were soon forgotten or ignored in favor of uniform shape and color and ship-ability. And then the corn… Processing. Eating real food became a thing of the past and the new ingredients made through chemical processes that turned corn, and soy beans into a myriad of ingredients that are often hard to pronounce. And no thought was given to the health of the product. And that is industrial agriculture. It “manufactures” food on an incredibly large scale with the only true power behind its activities being profit… money.

As a result, chicken farms went from having coops the might fit a hundred birds to houses that fit tens of thousands. The same chickens never see the light of day and are fed a myriad of antibiotics and other “preventative medicines” due to the high disease rate in such unnatural “manufacturing” buildings. And industrialized “manufacturing” of food products treat all parts of the agricultural situation in a similar manner, whether the “product” is beef, pork, eggs, high fructose corn syrup or carrageenan.

Today, after about a hundred years of industrial agriculture, (to be sure back in 1913 it did not resemble the mighty machine it now is, but that was about the time the machine was first constructed), we are left with a food system that none of our ancestors from a hundred years ago and before would even remotely recognize. Cardboard boxes of “food”, frozen packages of “food”, and vegetables with no flavor that resist rot due to genetic modification. But that is where we are. And now that scientific studies are more and more able to show that the side effects of most of the chemically and genetically engineered foods are at the least detrimental, and some downright poisonous… there is new hope.

Yes, that is right. After all of the idiotic manipulation of our “food” into poisons, there is new hope. I am happy to announce that industrial agriculture has reached its end… I hope. Okay, let me pause, industrial agriculture is incredibly powerful in its ability to lobby lawmakers into creating laws essentially requiring us citizens to intake their poisons whether we want to or not. These are no sleeping giants… but they are extremely short sighted. Over the past decade plus, I have witnessed an awareness growing over the truth about the nefarious food stuffs “manufactured” through industrial agriculture that has been staggering. The amount of people seeking out my fresh, local organic produce grows substantially every year. You see, while Big Agriculture, that is, industrial agriculture can sway the legislature, it cannot control the individual’s, that is, the informed individual’s choice for where they buy their food.

So here, we are. Should the citizens continue to become informed and demand healthy food again, that demand will be met. It is refreshing to me to hear from so many people who have become aware of how their food from industrial agriculture is not really “food”. And this leads to the next level of food production in the history of our species’ development (or demise)… Post Industrial Agriculture.

This is merely an introduction and more concrete examples of what will be involved in Post Industrial Agriculture (PIA, for short) will be included in future entries. But as an example, when I first started into my organic farming situation, my intention was to avoid all chemicals, to, as it were, return to how food was raised prior to herbicides, pesticides and synthetic fertilizers. Many people think, whether they are in the organic movement or not, that that is the ideal. And that is by no means the “ideal”. It is through science that the path to PIA has been made, but not the science of chemicals and genetic modification. That science is “naïve” science and is yet another example of how reason has led us to be more bestial than the beasts. ONLY our species has developed the power to poison ourselves through our own ingenuity, or truly lack there of, but I digress. The “science” that has been used to date has been only simplistic and short sighted in nature. The “science” of the future, of Post Industrial Agriculture, will be complex, and surely make some people’s head hurt. The point is, not backwards, but forward.
Anyway, this is the start. To the horizon, a horizon of Post Industrial Agriculture…

Have You Seen Me? 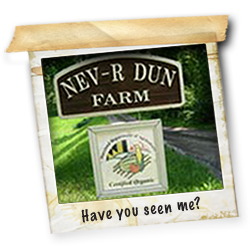